Go to content
ABOUT US
COMPANY PROFILE
VirtuaLabs is a company committed to the design, development and production of Radar Systems, EW Systems and Simulation Software, for Naval, Airborne, Ground and Space applications, making innovation its strong point.
Research and Development are the basis of Virtualabs products: the use of state-of-the-art devices and the implementation of innovative proprietary algorithms allow the creation of cutting-edge products, with very high performance and very cost-effective.
The VirtuaLabs Engineers Team, with the support of Senior collaborators with decades-long experience in Radar and EW, follows all the stages of System development, from analysis to software and hardware design for digital processing (FPGA based), to integration and final testing, using always up-to-date and future-oriented technical solutions. In addition, Virtualabs maintains various communication channels with Italian Universities, for the purpose of scientific dissemination, stage financing and R&D projects.
The strategic position of the company, in the technological and defence center, in Roma in the “Tiburtina” area, allows it to be easily connected with various laboratories and manufacturing companies, with high technological skill, for the development and production of the modules/assemblies to be integrated into its products.
The experience, dynamism and speed of response of VirtuaLabs to the ever-new market demands, result in a reduced Time-to-Market, also in the face of important customizations of the products in the Catalog requested by the Customer.
VirtuaLabs, the know-how of the past and present applied to the technology of the future. 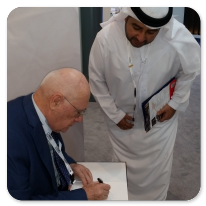 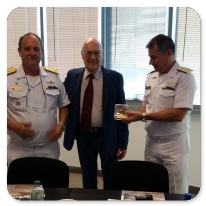 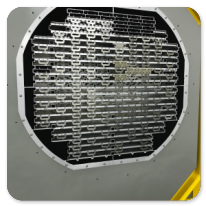 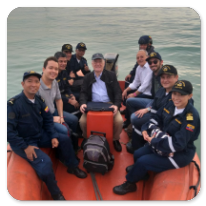 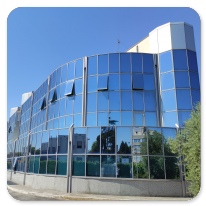 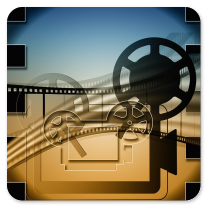 COMPANY HISTORY
VirtuaLabs was born in 1997. The senior management team (a group of Doctor Engineers with forty plus years of experience) acquired a unique experience by participating in the Design, Development, Integration, Testing and Logistic support of the most important Italian Radars, Fire Control Radars, Missiles, Missiles Systems and EW Systems. Many of these systems are still working in the Armed Forces of many Countries.
Together with a strong team of junior Dr. Engineers, Virtualabs started the design of Software Simulators, so effective that they were rapidly sold in more than twenty Countries in all Continents, including important governmental organizations like Italian Navy MARITELERADAR (Istituto per le Telecomunicazioni e l' Elettronica). The most known Virtualabs Simulation Software is the VTR (Virtual Test Range) 32-EG, capable of simulating the performances of the most popular radar and weapon systems both when they are working in a natural environment and when they are working under different types of intentional jamming.
Virtualabs developed and delivered with Customer satisfaction several “networked” software simulators like EWOTT, for ELINT operators training and WOS, to evaluate the performances of Sensors Systems & Platforms in a complex war scenario.
In the last eight years, Virtualabs started the design of innovative Radar Systems and EW Systems. Virtualabs became a little more structured with teams dedicated to Analysis and Simulation, to Radar and to EW systems. By exploiting the new available MMIC technology, VL designed and developed a new advanced version of Transmit-Receive Modules  (TRM), grouped in four to form a QTRM, for a new designed AESA (Active Electronic Steering Antenna) for wide band Multi-Functions Radar application. Moreover, by exploiting the new technology of FPGA-Fast digital Processing Virtualabs designed the full MultiFunction Radar MFR-10X.
In the same time, by exploiting the new available fast digital technologies, the Virtualabs EW team designed a new advanced Integrated EW System (originally called DRIAC, Digital Radar Intercept And Countermeasures) capable of performing the radar signals interception and the jamming of hostile radars. This new wide-open EW System is based on a wide band Digital Receiver and on wide band AESA panels to generate and direct the Jamming ERP (Effective Radiated Power).

By combining the MFR-10X and DRIAC, Virtualabs designed a super integrated system called AMIS (Advanced Multifunction Integrated System). Virtualabs received a contract from Italian Navy to develop a prototype of AMIS. The prototype has been developed and tested successfully by Italian Navy.

The present Virtualabs teams acquired a full experience in conceiving, designing, developing, integrating, and testing the new Radar and the new EW systems, including, of course, their documentation and logistic support.

Beside the most traditional Radar and EW Systems activities, Virtualabs is presently working also in very advanced Researches for naval, air and space applications.
Radar Research and Systems
Researches done in the radar field allowed VirtuaLabs to define a new X Band Fire Control Radar, FCR 10X LPI, with solid-state Transmitter in Gallium Nitrate (GaN) technology and full Digital Receiver and Processing, sold in the world to replace the old Orion 10X FCR.
Beside FCR 10X LPI also a new S Band 2D Search Radar has been developed: NAS 15S. NAS 15S is characterized by a solid-state Transmitter in GaN technology, and by a Digital Processing that includes also the Track While Scan (TWS) function. NAS 15S has been sold to replace the old RAN 10S.
The last Radar Research is dedicated to the development of SEADAR, a Multi-Function Radar based on four fixed Digital AESA antenna Faces Digital Array Radar (DAR Technology). DAR technology will be used by all future advanced radars.
EW Research and Systems
Research in the EW field allowed Virtualabs to develop integrated solid-state panels useful to realize Naval Electronic Chaff (NEC). NEC is waiting operational Test to be carried out with an interested Navy. Moreover, it was possible to define a version of DESM, called DESM-IM to be installed in an Advanced Integrated Mast
Space Research and System
Research in the EW field allowed the definition of an advanced ELINT sensor to be installed in a satellite. The system name is SEMS (Space Electro Magnetic System) and it allows to perform the ISR (Intelligence, Surveillance, Reconnaissance) function from Space
TOP MANAGEMENT
•Presidency and General Management - Filippo Neri 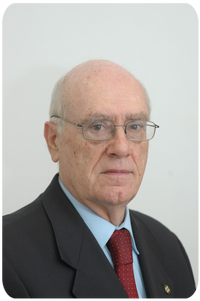 (filippo.neri@virtualabs.it)
Education :  PhD in Electronic Engineering
Present Position :  President of Virtualabs srl
Brief Career History:
Dr, Neri has about 50 years of experience in Tracking Radar, Fire Control Systems, Missile Systems and EW Systems design, development and testing.
He is the author of many inventions covered by international patents in both Radar and EW fields.
Dr. Filippo Neri is the Author of many technical articles published by many specialised international magazines.
He is also the author of the book “Introduction to Electronic Defence Systems”, both first, second and third edition. The second edition has been used as “Textbook” in the Navy Post Graduate School of Monterrey, California and in other Military School. (click here to read the book)
The book has been translated also in Chinese language.
In 1998-1999 he has been the Chairman of the WEAG (Western Europe Armament Group) Study Group for Direct Energy Weapons (DEW) Technology and at the of this work he received the “Euclid” Prize.
In 2000, Dr. Filippo Neri became the President of Virtualabs, a company fully dedicated to Radar and EW Systems Innovation, he founded. Today the company is selling advanced Radars and EW Systems.
In 2003, Dr. Filippo Neri was named “Distinguished Fellow” of DSO, National Laboratories of Singapore
In May 2005 he received the “Maestro del Lavoro” award by the Italian President of the Republic, hon. Azeglio Ciampi.
In June 2006 he was appointed “Commendatore” by the Italian President of the Republic, hon. Giorgio Napolitano.
In 2013 Dr. Neri has been enlisted in the AOC “Hall of Fame” for Radar/EW technologies.
•Vice President Technical/Commercial Director - Candidoro Giannicchi
(candidoro.giannicchi@virtualabs.it)
Born in Roma on 22 Nov 1947
Degree in Telecommunication and Radars Electronic Engineering
In Virtualabs since 2013, after 27 years in Elettronica S.p.A. (covering many roles   both Technical in the Phased Array EW Systems and Marketing management all over the world) and 13 years in the former Selenia (in the role of Radar System Designer and Chief of the Naval Tracking Radar Systems)
•Vice President Research - Lucio Biccolini
(lucio.biccolini@virtualabs.it)
Dr. Lucio Biccolini is the Vice President managing the Research sector, in VirtuaLabs since 2003.
Born in Rome in 1944 and graduate in Electronics Engineering at "La Sapienza" University of Rome.
In his work experience before VirtuaLabs, from 1971 to 2002 has gained a cross functional experience in more sectors. After graduating, he held technical roles in the digital circuits design and embedded firmware and software development fields, then moved to roles of project and program manager until he reached the position of Systems and Programs Area Head in Elettronica S.p.A.
ENGINEERING
VirtuaLabs is a reality made of experienced Doctor Engineers in charge of:
- System Analysis and Design
- Embedded & Real Time Software development
- Digital Design
- Integration and Testing
The key factors that characterize engineering activity in all relationships with our national and international
customers are always dynamicity and professionalism.
Significant objectives and technologically advanced systems are constantly achieved by managing a
complex network of technological partners.
We are the future.

NEWS
VIRTUALABS FOR DATA SECURITY
Virtualabs realized the SECURLAN project consisting of the data security implementation for the company Local Area Network.
The project includes the implementation of a system for the security management of the company data (technical, commercial and administrative, etc.) with the following purposes:
- protection of the internal network from unwanted accesses;
- protection from viruses;
- privileged access to sensitive areas.
Moreover, the intervention allowed the protection of data required for operations on the field and technical assistance for the company clients.
For this task, Virtualabs took advantage of the collaboration of the company Kleisoft Srl for the requirements definition, engineering and implementation of the involved systems.